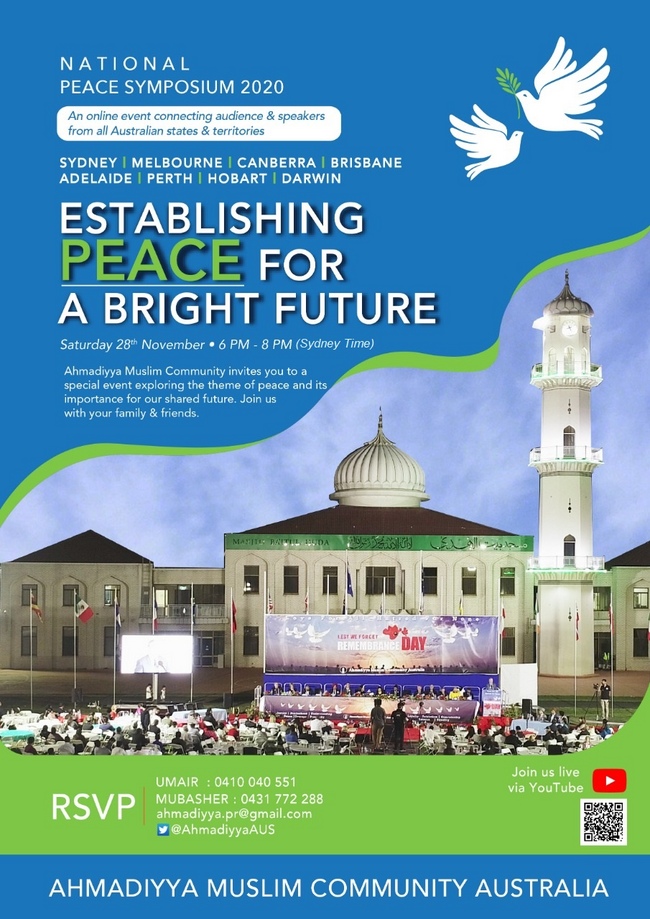 You can watch the  address by clicking on following link
https://www.youtube.com/watch?v=uh1dzOdB2H0
Address of Respected Ameer Sahib, Sunday 19 April - 6:30 pm
Dear respected Jama'at members
Assalam o Alaiykum wa Rehmatullah
Respected Ameer Sahib will address LIVE to Jamaat members on Sunday 19th April at 6:30 pm. His address is related to ongoing emergency situation due to COVID-19.
May Allāh have mercy on everyone. Let us focus on prayers during these days.
Wassalam
Malik Imran Ahmad
National General Secretary

The visiting team was received by Jama’at officials in the parking area, and escorted to Exhibition Room, where morning tea was served. This also became an opportunity for networking and friendship. Respected Ameer Sahib Jama’at Ahmadiyya Australia, Imam Inam-ul-Haq Kausar Sahib, greeted the visiting and host team in the exhibition room, that followed a joint group photo of players and officials.

The team captains and match officials gave a final sign off on game rules, followed by the toss. The host team won the toss and elected to bat. The individual team group photos were taken, and match started at 10:00m, with 15 offers a side.

Refreshments were served throughout the match. Arrangements were made for running commentary to maintain the interest of spectators who enjoyed sitting in the marquee as well as under the bright sun. It was a smooth run of the game, and fighting target was given to the visiting team, who achieved the target in last over of the game.

The match ceremony was then held in which Respected Sadr Sahib Majlis Ansarullah Australia, Firoz Ali Shah Sahib, handed over winning trophy to the visiting team, and the Man of the Match award.
After a short break of offering prayers, lunch was served. The visiting team then departed with a high note.

In response, the host team of Ahmadiyya Muslim Community was invited to attend Shia Muslim community event on 02 June 2018, which was warmly followed up by 7 members of Majlis Ansarullah attending the event, to exchange harmony among communities, and to organise more friendly games.